In the middle of April, 2021 I posted the first two major works of my thesis outlining a new theory for the expansion of stellar wind bubbles from clusters of massive stars in dense, turbulent molecular clouds (the sorts of places where these massive stars form). They are now published in the Astrophysical Journal. You can find an abridged explanation of these papers in a Twitter thread I wrote when I posted them.

A Mystery in Chamaeleon

In March of 2019 I was observing at Las Campanas Observatory in Chile. I was there part of a research plan looking for exceptionally strange objects. When you go looking for strange things, you end up finding some, not necessarily the type you were looking for. 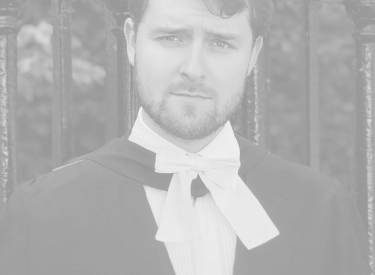 I went to undergrad at Carnegie Mellon University, intending to double major in physics and philosophy, I eventually got too hooked on math and switched to physics and mathematics, specializing in astrophysics.

Inspired by my undergrad research in Galactic Dynamics with Dr. Matthew Walker and my summer research experience for undergraduates (REU) in Cosmology with Dr. Lloyd Knox, I applied to graduate school in astrophysics. Before I started the PhD program in the Princeton Astrophysics Department, I completed Part III of the Mathematical Tripos at the Institute of Astronomy (IoA) at Cambridge University in England. While in Cambridge I did research with Dr. Vasily Belokurov and Dr. Wyn Evans on the structure of the Milky Way’s Stellar Halo.

Since starting my PhD at Princeton in 2017 I have worked on a large variety of topics in Astrophysics. My work under Dr. David Spergel has caused me to travel often to the Center for Computational Astrophysics (CCA) where I have also collaborated with many other researchers. I have also worked closely with Dr. Jenny Greene on observational projects related to Intermediate Mass Black Holes.

In 2019 I started my thesis work with Dr. Eve Ostriker, though I also work closely with Dr. Chang-Goo Kim and Dr. Jeong-Gyu Kim. The main guiding goal of my thesis, and my planned future work, is to try to understand the magneto-hydrodynamic (MHD), stellar dynamic, and feedback processes involved in star formation in dense environments. I am particularly interested in the outstanding problem of Multiple Populations in Globular Star Clusters, and how feedback from forming stars can act to chemically enrich gas that subsequently forms more stars, creating chemically distinct but co-natal populations. In order to tackle this larger goal, I have found that we must first form a much better understanding of how winds from massive stars interact with the dense environments in which these stars form. The improved understanding of stellar wind feedback given by my thesis work has also allowed us to have a much better understanding of star-formation works in normal star forming environments (in our own Milky Way) as well as in forming Super Star Clusters (the closest we can get to an observable version of a forming Globular Cluster).